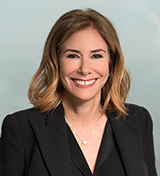 In In re Marriage of Clarke & Akel (2018) 2018 Cal.App. LEXIS 57, the First Appellate District, Division Five, confronted a potential conflict between Family Code Section 1615 and Evidence Code Section 622. Family Code Section 1615(c)(2) states that a premarital agreement is unenforceable as to a party who was not represented by counsel and who did not have at least seven calendar days between the date he or she was first presented with the agreement and the date it was signed. Evidence Code Section 622 provides that the facts recited in a written instrument are “…conclusively presumed to be true as between the parties thereto.”