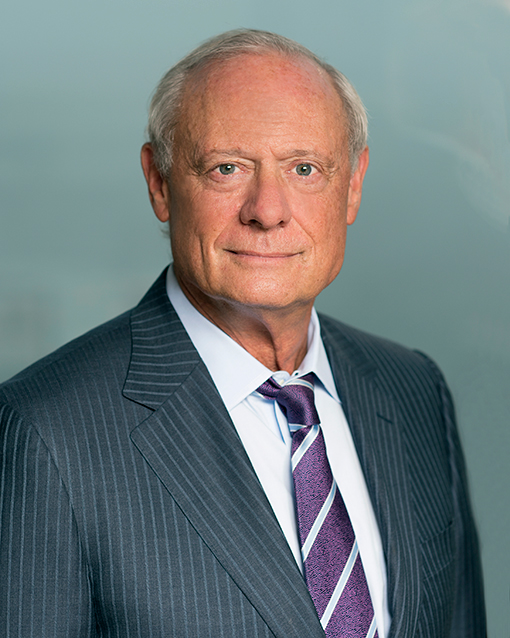 COVID Vaccine Mandates and the Right to Swing Your Arms

Private Judge in Jolie/Pitt Case: No More Flawed Than Usual

Upon graduation from law school, he became a litigation associate with Lillick, McHose & Charles (today known as Pillsbury Winthrop Shaw & Pittman, LLP), then joined the law firm of Rosenfeld, Meyer & Susman as an associate, and became a partner with the Westside firm of Resch, Polster, Alpert & Berger in 1987 where he headed the litigation department. He formed the Firm in the Spring of 1992.

Mr. Reuben has taught Advanced Litigation Seminars on topics such as intellectual property litigation, entertainment litigation and cross-examination. He has served as a member of the L.A. County Bar Judicial Evaluation Committee and is on the L.A. County Bar Association Fee Arbitration Program’s Panel of Arbitrators. Mr. Reuben also is a past Member of the California State Bar Committee on Administration of Justice and served on the Board of Directors of Public Counsel, the nation’s largest pro bono law firm. He has been a member of the Beverly Hills Bar Association Trusts and Estates, Labor and Employment Law, Entertainment Law, Real Estate Law, Business Law, IP, Internet & New Media, Litigation, and Small Firm/LPM sections, and the Ethics Committee. He is currently a member of the Association of Business Trial Lawyers

A prolific writer, Mr. Reuben has authored over 50 thought-provoking articles on a variety of legal issues.  Most recently, he has had a series of articles published in the Los Angeles Daily Journal discussing ethical dilemmas raised by recent court decisions.

Mr. Reuben was admitted as a master trial lawyer into the Southern California Business Litigation Inn of Court over 20 years ago and served as its President as well as on its Executive Committee and various subcommittees. Mr. Reuben is also past Chairman of the In-House Counsel Committee of the Beverly Hills Bar Association.

In 2004, Mr. Reuben was named to the list of “Super Lawyers” in Los Angeles Magazine and has been repeatedly selected for this honor each year since, including in the current edition.  He is AV-Rated by Martindale-Hubbell.

Mr. Reuben volunteers with the Beverly Hills Bar Foundation program ResolveLawLA as a settlement officer for the mandatory settlement conference program at the Los Angeles Superior Court, reducing the backlog of cases on the court docket and resolving disputes for parties which might otherwise take years to get to trial.  He also volunteers his time interviewing high school students applying to Harvard College.

Trade secrets/labor code violations case.   This complex matter involved an employee who left a recruiting company and set up a competing firm.   We represented the employee and sued under PAGA for violations of the Labor Code because commissions were not fully paid by his former company which deducted illegitimate expenses before calculating commissions.   Client was sued back for misappropriation of trade secrets because he set up a competing company and had taken some of the company documents with him on his departure  Our strategy put the case in LA County, defeated the request for a preliminary injunction, and resulted in the company’s insurance carrier paying a substantial amount to client who paid nothing out of pocket to his former employer.

Class action in Northern District Court where we are defending a national grocery chain against a false advertising claim.   This case has a published opinion where we defeated the plaintiff’s attempt to expand the class to a nationwide class, significantly reducing the potential for damages.   The case was dismissed pursuant to a confidential settlement.   We successfully navigated a dangerous class action to a good result for client.

A  case in Alameda superior Court involving proposition 65 on behalf of the national grocery chain, where the plaintiffs contended labeling of Kombucha products violated the law.   This case is being settled on a favorable basis.

A false lien case where we successfully defeated the lien on Beverly Hills 10 Million dollar home.   We achieved a complete victory having the false lien removed.

We defended a orthopedist professor against USC claims that he engaged in gender bias.

We successfully settled obtaining compensation for seller of shopping center/commercial building where buyer refused to close sale because of Covid-19.

We have handled the analysis and negotiation of malpractice claim for plaintiff in connection with bankruptcy services.

RHF v. City of LA/DCBID where we obtained a reversal and published opinion by the California Supreme Court.   This complex case is against City of LA by a foundation arguing against an illegal tax.

We are currently guiding client through claim of illegal patient dumping, raised issues re professional responsibility of opposing counsel.

Bankruptcy of Premier Medical—handled for trustee multiple claims for preference including illegal mismanagement of funds by affiliated entity.   Settled all matters successfully.

Obtained a total recovery of approximately $5 million against a Fortune 100 company for client, the developer of a low-income senior citizen housing facility, after a jury found in client’s favor on breach of contract and fraud charges in connection with the installation of a building management system. The defendant’s appeal was unsuccessful, and we recovered all of the client’s attorney’s fees.

Secured a settlement totaling over $11.3 million against a healthcare organization for the return of all moneys invested, interest, and attorneys’ fees after client, a partnership, invested $11 million in the organization based on misrepresentations by the organization’s principal.

Obtained a full defense award on behalf of client, the former president of a software corporation, after the corporation initiated a lawsuit seeking large damages for the alleged fraudulent conveyance of a patent and other intellectual properties.

Successfully defended a law firm in a multi-million dollar legal malpractice arbitration relating to the law firm’s representation before the California Coastal Commission.

Successfully mediated an employee’s disability and race discrimination claims on behalf of employer client pre-litigation, settling for less than the client’s self-insured retention.

Advised employer clients how to handle various personnel issues so as to mitigate risk and avoid lawsuits.

Obtained preliminary injunction on behalf of corporate client against former employee for misappropriation of trade secrets.