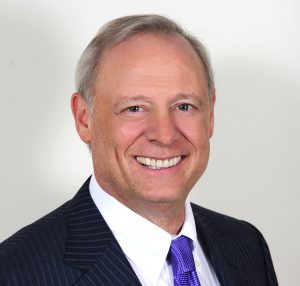 The Court of Appeal, Third Appellate District, recently clarified that a common law tort action under Tameny for employer conduct in violation of public policy requires an employment relationship.  In Williams v. Sacramento River Cats Baseball Club, LLC, 40 Cal. App. 5th 280 (2019), plaintiff Wilfert Williams filed a common law tort action against the Sacramento River Cats Baseball Club (“River Cats”) under Tameny for failing to hire him due to his race.  From April 2014 through July 2015, Williams catered meals to the visiting and home team players at Raley field, home of defendant’s minor league baseball team.  The visitor clubhouse manager who hired Williams then recommended him to fill the assistant visitor clubhouse manager position.  However, Williams, who is black, was never interviewed despite his experience and qualifications.  Instead, the River Cats hired an unqualified Caucasian high school student.

Williams sued the River Cats under Tameny for failing to hire him because of his race, arguing that racial discrimination is against public policy.  The trial court dismissed Williams’s complaint, noting that California does not recognize a common law cause of action for failure to hire in violation of public policy.  Williams appealed.

In 1980, the California Supreme Court held in Tameny v. Atlantic Richfield Co., 27 Cal. 3d 167 (1980), that an employee could bring a tort action against an employer for wrongful discharge against public policy.  In Tameny, the plaintiff was fired after he refused to participate in an illegal scheme to fix retail gasoline prices.  The Supreme Court found that an employer’s obligation to refrain from discharging an employee who refuses to commit a criminal act does not depend on any express or implied promises set forth in the employment contract, but rather reflects a duty imposed by law on all employers in order to implement the fundamental public policy embodied in the penal statutes.  The Court stated, “Where the employer’s motivation for [a] discharge contravenes some substantial public policy principle, then the employer may be held liable to the employee for damages…”  Id. at 177.

The California Supreme Court provided guidance in Stevenson v. Superior Court, 16 Cal. 4th 880 (1997), on how to determine whether an employer’s conduct contravened a substantial public policy giving rise to a wrongful termination cause of action under Tameny.  A tortious discharge claim requires that the employee be discharged in violation of a policy that is: “(1) delineated in constitutional or statutory provisions; (2) ‘public’ in the sense that it ‘inures to the benefit of the public’ rather than serving merely the interests of the individual; (3) well established at the time of discharge; and (4) substantial and fundamental.”  Id. at 889-890.  Thereafter, in Miklosy v. Regents of the University of California, 44 Cal. 4th 876, 900 (2008), the California Supreme Court concluded that the Tameny tort requires proof of an employment relationship.

Accordingly, here, because Williams, as a job applicant, was not an employee, River Cats could not be held liable for wrongful discharge against public policy.  However, since failing to hire a prospective employee based on race violates public policy and the law, Williams could seek recourse under the Fair Employment and Housing Act, which provides a statutory cause of action for discriminatory refusal to hire.  The takeaway here is that job applicants cannot bring Tameny tort actions against prospective employers, and must instead seek recourse for employment hiring discrimination under the Fair Employment and Housing Act.